The only thing differentiating war from maneuvers is the last stage on the last day. The concentration of forces and the logistics is the same for both.”

– Lt.Col. Ben-Porat, AMAN, on the lessons drawn from the Soviet repression of the Prague Spring (as quoted in Abraham Rabinovich’s ‘The Yom Kippur War’)

There is a major problem with Russia’s continued large-scale military maneuvers, in that they could easily be used as a cloak for invading a neighbouring country.

There is nothing wrong with letting the defence forces train. In fact, it is a crucial part of maintaining a functioning armed force. Exercises not only let soldiers on all levels practice their skills and get used to life in the field, but it is also the best tool available (short of actual war) for evaluating the standards of the force exercised and identifying possible shortcomings.

However, as noted by Ben-Porat above, putting your forces in the field with equipment and logistical backup makes them ready to go to war. Especially if you include mobilising other supporting functions in the society and include live firings, as has frequently been the case with the large Russian exercise held during the recent years.

Due to this, non-aggressive countries usually employ a number of different measures to build confidence amongst other countries that they in fact do not plan to go to war. These include e.g. pre-announcing the exercises, including key information such as scope, location, and stated aim of the exercise in the communique. Inviting foreign observers will also ease the tension. Placing major exercises far from potential flashpoints also helps. Certain elements needed, e.g. bridging equipment, can also at times be left out of the major exercises, and instead be practiced in smaller scenarios (though this is not always advisable, as there is a great benefit in practicing all parts of the machinery at the same time).

Russia does none of these things. Instead, Russia has chosen to leave the CFE treaty. They have held a significant number of large and very large exercises, often in the western parts of the country, and sometimes very close to the border. In addition, the exercises are usually not pre-announced, but snap drills. These are exactly the kind of exercises that rapidly could turn into an invasion, and the fact that they take place with regular intervals also mean that a real build-up to an invasion would be hard to spot amongst the string of similar snap exercises. All of this wouldn’t be that much of a problem, if not for the continued aggressive behavior by the Kremlin, including invading and occupying part of two neighboring countries during the past eight years.

The latest round of exercises is in effect nothing short of a mobilisation of a number of units in a composition that would allow for a swift transition into combat operations, and Russia doesn’t really seem interested in trying to disprove this notion. This resembles the build-up to the invasions of Georgia in 2008 and Ukraine in 2014, as well as the above mentioned intervention in Czechoslovakia, where a seemingly normal series of exercises in a number of Warsaw Pact countries suddenly turned into a full-blown invasion featuring over a quarter of a million soldiers from four countries. However, perhaps even more spectacular was the success of the Egyptian-orchestrated deception leading up to the Yom Kippur War.

In the spring of 1973 the Egyptian army massed a significant force on the west bank of the Suez Canal. This included not only combat-ready troops, tanks, and artillery, but bridging equipment as well. Amongst the Egyptians were found contingents from other Arab nations, including fighter squadrons from the Libyan and Iraqi air forces.

For Israel, standing on the opposite bank of the ‘best anti-tank ditch in the world’, this presented a problem. The Israeli army was made up largely of reservists, and mobilising would mean a significant disruption in the everyday life of the Israeli society. The Israeli intelligence community was also split, with the leader of AMAN, the military intelligence directorate, judging the risk of war as ‘very low’. The general staff of the IDF and the leadership of the foreign intelligence department Mossad disagreed. It was not that they felt that war was a certainty, but due to the consequences if war was to break out they argued for raising the level of preparedness.

War did not break out in May, and the whole situation would probably have slipped into obscurity, if not for the fact that half a year later, the same situation repeated itself. On October 1, Egypt launched a large scale exercise codenamed Tahrir-41. This had been preceded by a general movement of troops towards the canal and a raising of the alert level in all three branches of the Egyptian defence forces. The development was closely monitored by the Israeli intelligence community, who actually got wind of the exercise already on the night between 24 and 25 September, when a division was spotted being moved towards the canal. They then continued to follow the build-up, which included mobilisation of reserves, cancelling leaves, and works on fortifications. In the same way, a build-up by Syrian forces across the ceasefire line in the Golan Heights was monitored, but dismissed as simply a defensive move following fears of an Israeli response following an air battle held earlier in September. 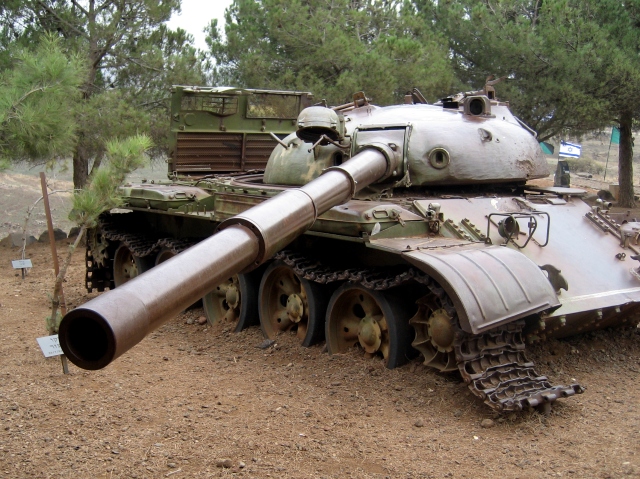 A few dissenting voices were present in the higher echelons of the Israeli intelligence and defence communities. Notably, deputy chief of staff, and armoured corps legend, General Israel Tal, who insisted that Syria was preparing to launch an imminent attack, and that if the air force was neutralised due to weather or enemy air defences, the balance of forces was such that the Syrians would sweep through the Israeli defences in Golan and down into the Galilee. Inside AMAN, Lieutenant Colonel Keniezer, the officer responsible for Jordan, had got into an actual shouting match over the war threat with General Shalev, head of AMAN research sector, after Jordan’s king Hussein secretly visited Tel Aviv and warned Israeli prime minister Meir that Syria was preparing to go to war. Lieutenant Colonel Ya’ar, the officer in charge of Syria, also believed war was imminent, and bypassed the chain of command to warn IDF’s Northern Command directly. Colonel Ben-Porat, chief of AMAN’s SIGINT department, was also questioning the official line. He had been the one who studied the Soviet invasion of Czechoslovakia on location the year after it took place, and now asked for permission to call up 200 intelligence reservists and to activate the most secret listening equipment available to the department. However, General Zeira, the commander of AMAN, was not impressed, and, pointing to the similarities to the exercise held in May, got the final word.

On the sixth of October five Egyptian divisions crossed the Suez Canal at the same time as three Syrian divisions launched an assault on the Israeli lines in the Golan Heights. The Yom Kippur War had begun.

All pictures taken by author at Emek Ha’Bakha (‘Valley of Tears’) in Golan, site of one of the hardest-fought battles of the war.